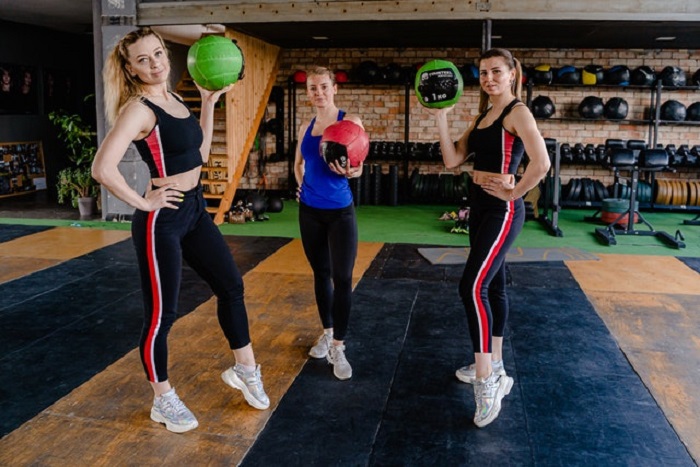 Throughout history, women have faced pressure to have certain body shapes – often leading them to use extreme methods to achieve them. So you’d think with a greater emphasis on body positivity in recent years that the days of wearing corsets and other restrictive undergarments would be behind us. In reality, the global shapewear industry is actually booming – with sales of these products projected to reach US$3.7 billion (£2.9 billion) by 2028.

While corsets can be traced back as far as the 16th century, it was in the 18th century that the hourglass shape became fashionable. Corsets had also come to represent elite status and physical fragility, which was symbolic of femininity.

Different body ideals have come in and out of fashion since, largely shaped by popular celebrities or even famous images and artworks. For example Aphrodite, the Greek goddess of beauty, was frequently depicted in paintings and sculptures with a curvaceous body.

This article is part of Quarter Life, a series about issues affecting those of us in our twenties and thirties. From the challenges of beginning a career and taking care of our mental health, to the excitement of starting a family, adopting a pet or just making friends as an adult. The articles in this series explore the questions and bring answers as we navigate this turbulent period of life.

While hourglass figures were popular throughout the 1950s due to celebrities such as Marilyn Monroe, the 1960s saw a shift towards a slimmer physique – thanks in part to the celebrity model Twiggy. This skinny, waif-like look, remained fashionable well into the 1990s – again thanks to the continued popularity of models, such as Kate Moss.

The 2010s saw a shift towards a “curvy” silhouette, where a small waist and fuller hips became the ideal again. Just as in previous decades, this shift has been driven by celebrities, including Rihanna, Beyonce and – in particular – Kim Kardashian.

While social media has helped give space to celebrate a more diverse range of body shapes, there’s still continued pressure to conform to an ideal which may not entirely be natural. This is why shapewear remains popular – though the way these garments are perceived and worn has changed significantly since the 18th century.

Before the US-based underwear brand Spanx launched shaping leggings and underpants in 2000, shapewear was usually only something that was reserved for special occasions. But thanks to endorsements by celebrities and Instagram influencers, shapewear (including Spanx) is now an everyday clothing item, used to help improve appearance and achieve the ideal figure. Kim Kardashian and Victoria Beckham have both launched their own affordable shapewear lines.

Waist trainers in particular are a great example of the power of social media and celebrity endorsement in driving sales and shifting perceptions. For example, a 2015 selfie posted by Kim Kardashian in a waist trainer created a surge in sales. Other celebrities such as Nicki Minaj and Kylie Jenner have also posted about wearing waist trainers.

In the past, women would have only learned about the latest fashion trends through dressmakers or magazines, which would feature illustrations of the silhouettes that were fashionable. But with social media, users are constantly exposed to images – whether of everyday people or extremely photoshopped models and celebrities. This makes it hard to escape idealised body shapes – and what you can buy to achieve them.

Social media has a huge influence on the consumption of fashion products. With an estimated 3.2 billion users across the world, that creates a huge potential for brands to expose consumers to fashion products on a daily basis. Trends which used to be driven by fashion magazines are now firmly in the hands of influencers. And with even ordinary people flaunting idealised figures and sharing their experiences with using shapewear products, products can appear more relatable than for previous generations.

Despite some influencers talking up shapewear as a way of celebrating the female form, its relationship to age old notions of perfection and its endorsement by tiny-waisted celebrities raises questions over whether body acceptance is what these products are really trying to sell. But it’s unlikely these garments are going anywhere anytime soon – with celebrities such as Billie Eilish and Lizzo continuing to popularise them.

There are increasing questions over the benefits and potential risks from using shapewear. While waist trainers might temporarily reduce waist circumference, the waist quickly returns to its normal size after stopping use.

Plenty of research also shows that using corsets and waist trainers long term can cause problems – from digestive issues to even organ damage at the extremes. Some women who wear shapewear between 8-10 hours a day for many months have also reported tingling, acid reflux, organ compression and breathing problems.

Technical manufacturing innovations, such as making these products more breathable and flexible, may eventually offer a more natural fit that is less harmful. But to ensure safety, only wear the right size shapewear for your body, and avoid wearing it every day.

This article is republished from The Conversation under a Creative Commons license. Read the original article.

More from ArticlesMore posts in Articles »