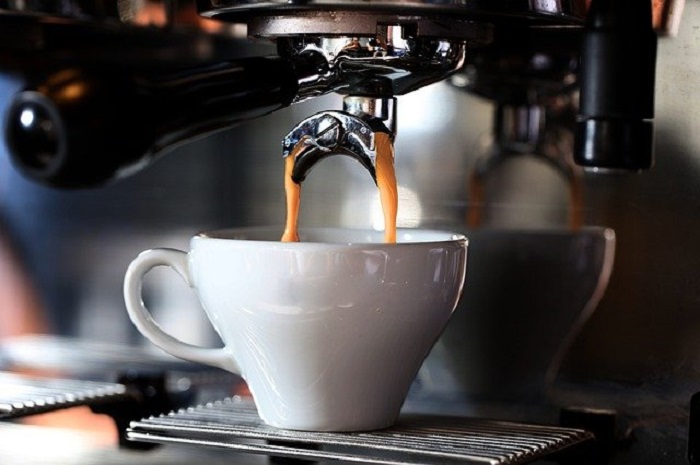 In the 1950s. coffee was the breakfast beverage of choice, but it was frequently overboiled, weak and usually pretty tasteless. Unless you had traveled to Europe you didn’t know the difference, it was just the way coffee was. Those lucky enough to visit France or Italy had an “aha” moment when they first raised a cappuccino or a cup of French roast to their lips, breathed in the aroma and took their first sip. Zowie, this was not Maxwell House, to be sure. For the more adventurous, coffee presses and funnel carafes made a slight difference, but it wasn’t until the early 1970s when trends began to change and new milestones influenced the world of coffee forever. Those most memorable include:

Decaf – in its small orange packets of instant was awful, as were most coffee substitutes, but once cans of pale brown grounds became available, Americans consumed it more readily, and many restaurants started brewing it, sometime in the 1960s, although decaf had been around for decades; freeze-dried was not much better;

Mr Coffee – launched in 1972, when former baseball legend Joltin’ Joe DiMaggio first smirked on television about the new Mr. Coffee, Americans were intrigued and soon flocked to stores, buying it in droves; gone were the days of overboiled and scorched coffee forever; two years later, a staggering 5 million had been scooped up (roughly half of all coffeemakers sold in that time period) and people tossed their percolators;

Soon to follow was an influx of European drip coffeemakers, like Braun and Krupps, as the revolution began;

Although several Starbucks coffee shops already existed in Seattle in the early 1970s they sold only beans and accessories, not actual coffee drinks and drip coffee to consume on the spot, but ten years later Howard Schultz, who had a coffee machine import business, saw the potential, bought the company and began serving hot freshly brewed on the spot, setting the entire industry on fire;

Once people got hooked on their first lattes and cappuccinos, they looked to purchase at-home espresso makers, although the first ones were a bit challenging for most and could blow up at a moment’s notice; these days they are far more user-friendly;

Peet’s Coffee – beginning in 1966, a small coffee shop in northern California, sold only beans in the early years and seemed content with just a local operation, only to see what they were missing and eventually joined the stampede, opening shops nationally, serving coffee and coffee drinks, followed by Green Mountain, Caribou and Green Leaf Tea and Coffee;

Frappuccino drinks- (inspired by Italian ices and slushes) was introduced and made wildly popular by Starbuck’s in 1994;

In 2003 – Keurig introduced a kitchen counter top machine which made one cup at a time, ideal for home use and small offices;

These days, eighty percent of Americans drink coffee at home sometime during the day, and millions more stop off at drive-through kiosks, coffee bars and convenience stores to get their fix. It’s readily available bottled and cold, residing next to soft drinks in the checkout counters of supermarkets, and our beloved cold designer slushes and flavored concoctions can be whipped up in our coffee shop of choice. Mercifully, gone are the days of workplace vending machine coffee, instant and vapid substitutes, which don’t fool anyone. We are finally a sophisticated society, probably viewed by Western Europeans as coming very late to the party but having arrived just the same.

Author Dale Phillip was one of those boomers who grew up on tasteless, pale coffee, but on a trip to Europe during college, she tasted her first cappuccino and was hooked. When she returned home, she found a small Italian deli which sold imported coffee and introduced her mother to the rich aromatic roast, and bought a Mr. Coffee for the family. Today she enjoys French roast in the morning at home, when she isn’t driving to the closest Starbuck’s.